Dinner for 8 and Watch the Dallas Cowboys 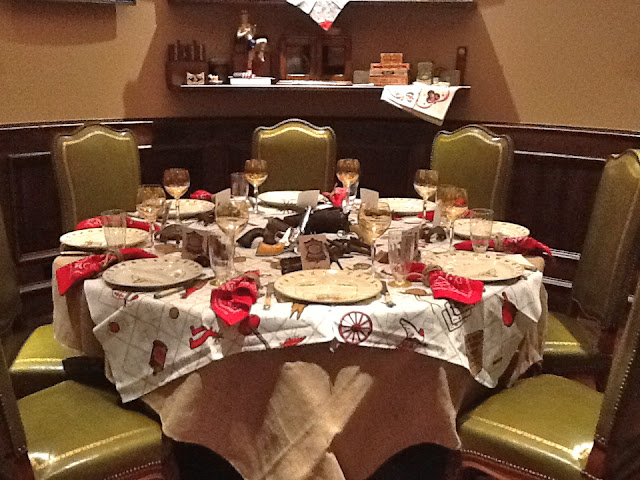 I love a theme dinner.  Gives me a chance to actually use our collections!  In this case, when friends were invited over to watch a Dallas Cowboys' game, I used my cowboy dishes and my husbands' collection of all things Western.  Our menu was brisket, sliced homemade white bread in case there were sandwich makers, Tart & Tangy Slaw, potato salad, and apple pie accompanied by a small wedge of sharp cheddar. 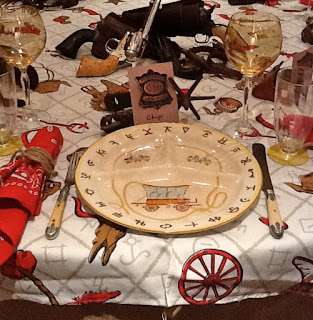 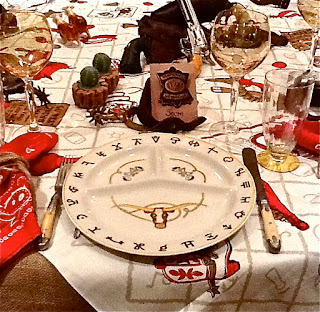 My divided plates come in only two patterns, that I know of.  One with a chuck wagon and one with a longhorn.  Both have brands around the border.  I began collecting these at what I think was the height of their popularity so they were expensive in comparison to lots of other dishes.  The price has come down a little since.  I have about 40 so they are great when we have a barbecue for a crowd. 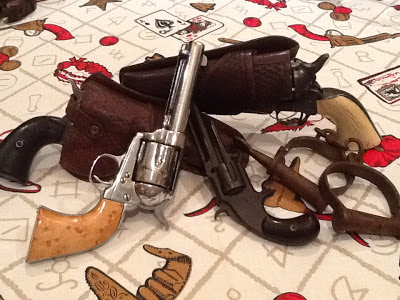 The centerpiece was a grouping of my husband's antique six-shooters, holsters, and handcuffs. 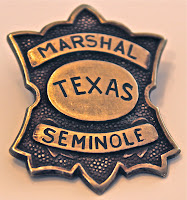 I scanned an antique Texas Marshal badge from my husband's collection and made the photo into place cards with each person's name.

Bandannas, $1 each at the craft store, were used for napkins.  Jute twine, wrapped around several times to resemble rope, was the napkin ring. 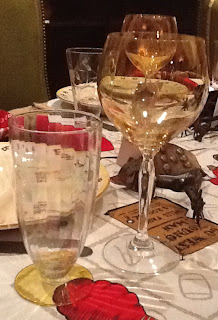 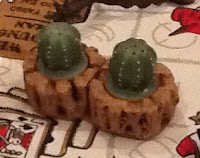 I used three vintage sets of salt and pepper shakers, each working well with my Western theme.  I get lots of them from Jayne Abee, a dealer of the most wonderful "smalls," who sells in San Antonio and at the Blacksmith Shop in Warrenton.

The flatware is antique bone.  It's a bit newer than some of my "Western" flatware sets in which the forks only have three prongs. 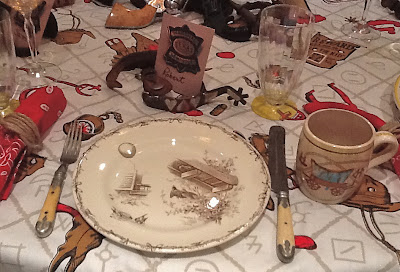 Since the divided plate set has no other plates, that I know of, I used
antique brown transferware 8" plates of various patterns, for the apple pie dessert.   For coffee, I used the mugs that match the divided plates that also come in the two patterns. 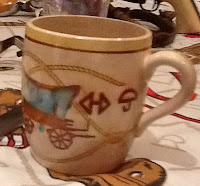 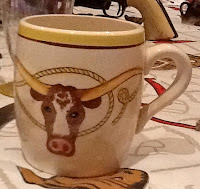 Recipe for Tart and Tangy Slaw

Toss all in large bowl with vinaigrette to taste.  Best if made several hours ahead and allowed to marinate in the fridge.  Toss again before serving.